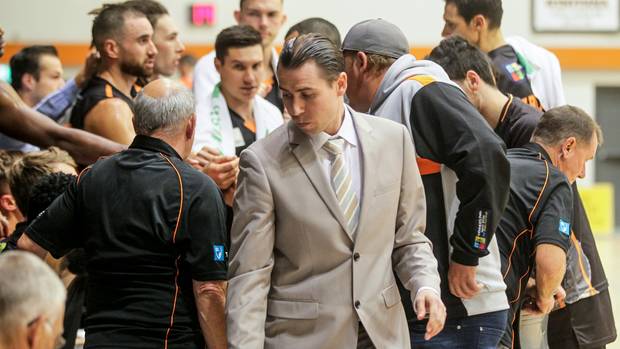 The Hawke’s Bay basketball franchise has reappointed coach Zico Coronel for another season.

Coronel is back at the helm of the Taylor Corporation Hawks team after taking them to the playoffs of the Sal’s Pizza National Basketball League this year.

“It’s for another year so it’s really a year by year for us in this game,” says franchise board chairman Keith Price.

Price says Coronel, in his rookie head coach season this year, has done enough to warrant his re-selection.

“I hope we’ll go up another notch this time,” he says, acknowledging the Hawks have incrementally made improvements after a “real bad year of regrouping”.

The Jarrod Kenny-captained Hawks succumbed 99-73 to the Cigna Wellington Saints in their semifinal in the capital city in early August.

“I didn’t like the fact that we had got beaten conclusively in the semi,” says Price.

The Hawks have identified some issues they need to address as they attempt to build on the core of last season’s squad.

The franchise has re-signed shooting guard Dion Prewster and swingman Ethan Rusbatch and is working on seeking the signatures of others.

“We’ve signed the core from last [season] which is what we always wanted to do in getting some continuity,” says Price, who also is a Napier City councillor.

While Australian centre Angus Brandt was outstanding, he believes, there’s a need to do better with another import after American power forward Jamie Skeen didn’t fit the mould.

Price says it’s imperative to be a lot more discerning in selecting imports.

“We’ll have to have that view that you have to front up,” he says, alluding to the adage that “imports sometimes lose their height in the flight”.