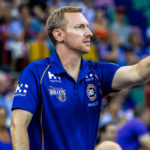 “Taylor Hawks to Soar Under New Leadership in 2022”

Hawke’s Bay, Nov 11th 2021 – It’s been a busy and fruitful off season for the Taylor Hawks. The club has made some key changes to both our front office and court side leadership.
We aim to further capitalise on the teams recent on court successes, and improve the capacity to help foster growth within the Bay’s basketball community with this exciting appointment. 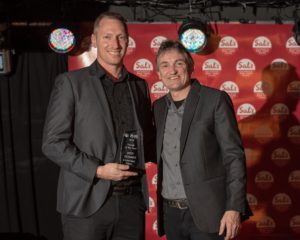 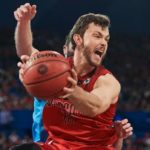 The Taylor Bay Hawks are delighted to announce the signing of Australian Boomers’ centre Angus Brandt for the 2018 New Zealand NBL season.

Brandt, a 28 year old from Sydney, plays currently for the defending ANBL champion Perth Wildcats. Last season he was instrumental in their run to the championship, appearing in all 33 games for the Wildcats in 2016-17, averaging 6 points, 2.9 rebounds and 1.1 assists for the season. He saved his best for the biggest stage averaging 10 points per game in the final series versus Illawarra, including 15 points and 11 rebounds in a game 2 victory as he stepped up in the absence of an injured Matt Knight.

This outstanding performance saw the 208 centimetres Brandt named to the Australian Boomers 20-man squad for the 2017 FIBA Asia Cup. Following an arduous month long trial process he was selected in the 12 to travel to Lebanon. Australia would go undefeated at the tournament on their way to the gold medal, eliminating the New Zealand Tall Blacks in the semi-final. Brandt retained his spot in the Boomers’ 12 for the World Cup qualifying window in November and is once again in line for selection for the February qualifying window. The Boomers are currently undefeated in their bid to qualify. Previously Brandt had represented Australia in 2014 in a series versus China. In 2011 he represented Australia at the World University Games in Shenzhen, China.

Prior to signing with the Perth Wildcats, Brandt graduated from Blaxland High School in the Blue Mountains on the outskirts of Sydney. From there, in 2008, he spent a season playing high school basketball for Lake Forest Academy in Illinois.

He was able to earn a scholarship to Oregon State University in the prestigious Pac-12 Conference, which includes the likes of UCLA, Arizona and Stanford. Brandt enjoyed an extremely successful five year stint at Oregon State, both on and off the court. He was twice named to the Pac-12 All-Academic Team, recognising the top student-athletes in the conference. On court he was extremely productive, culminating in his senior season in 2013-14, when he averaged 12.6 points, 3.9 rebounds and 1.5 assists in 30 starts for the Beavers.

Brandt spent the first two years of his professional career with his hometown Sydney Kings in the ANBL. In 2014-15 he won ANBL Rookie of the Year honours.

Following the conclusion of the Kings’ 2016 season Brandt signed in the competitive Lithuanian first league, helping his team Neptunas to the finals, where they would lose to European powerhouse Zalgiris.

Brandt has also had short stints playing alongside his brother Louis with the Penrith Panthers in the Waratah League (Australian second tier league).

With the Taylor Hawks having assembled an outstanding cast of New Zealand perimeter players and a tremendous veteran centre in Kareem Johnson, an accomplished centre of Brandt’s calibre is the ideal fit. “Brandt was on the top of our spreadsheet of potential import centres from the get go,” says Taylor Hawks’ Head Coach Zico Coronel. “We are familiar with him from the ANBL and two current Taylor Hawks Jarrod Kenny, his current team mate in Perth, and Dion Prewster, his former team mate with the Sydney Kings, spoke very highly of him as a person. Angus continues to grow as a player, he is not satisfied with his considerable success to date, and he will come to the Hawke’s Bay hungry to work hard and continue to improve. We anticipate that he will fit right in with the culture we are building and will enhance it with his contribution. General Manager Kevin Wagg deserves credit for the hard work he has invested in securing Brandt’s signature.”

The Taylor Hawks season commences on April 26th when Pettigrew Green Arena in Taradale will play host to the visiting Southland Sharks, in what promises to be an enthralling match-up. 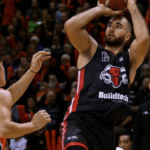 The Taylor Hawks are pleased to announce the signing of Tall Black wing Ethan Rusbatch for the 2018 National Basketball League season.

The 25 year old Rusbatch has been a Tall Black squad member since 2015 when he was selected in the squad for the Oceania qualifying series against Australia. He made his on court debut for the Tall Blacks at the 2017 FIBA Asia Cup in Lebanon. He previously represented New Zealand in a number of age group teams including the Junior Tall Blacks.

The product of Cashmere High in Christchurch played one season at Lincoln Trail Community College in Illinois before commencing his professional career. Rusbatch has played for a number of professional teams in his young career. In 2012 he played for the Southland Sharks, before going on to play for the Taranaki Mountain Airs (2013), and Canterbury Rams, where he spent the last four years. In 2017 he averaged 12.3 points, 4.2 rebounds and 1.9 assists per game for the Rams, who reached the semi-finals.

Rusbatch was a development player for the New Zealand Breakers in the Australian NBL for the 2016-17 season.

This will be Rusbatch’s first season with the Taylor Hawks. Taylor Hawks’ Head Coach Zico Coronel is excited about the prospect of working with Rusbatch. “Ethan is exactly the type of person we want as a part of our Hawks Whanau. He is a goal driven young man who works hard in the pursuit of those goals. He is extremely committed to breaking into the Australian NBL or another international league and solidifying a regular place in the Tall Blacks. He has studied the game intensively and developed a high basketball IQ. His shooting ability is well established at NBL level. We envisage Ethan going from strength to strength with us in the Hawke’s Bay!”

The Taylor Hawks are in the process of signing high level imports to supplement the Kiwi core. An impressive group of development players is also coming to fruition.

In addition, Taylor Hawks’ Chairman Keith Price, who is also a Napier City councillor, has been elected by the teams to the NBL Board. This was a heavily contested position with some illustrious candidates so it is a reflection of Price’s tremendous work rebuilding the Taylor Hawks’ standing that he was elected.

The Taylor Hawks will open their season at home at Pettigrew Green Arena on April 26th versus the Southland Sharks.