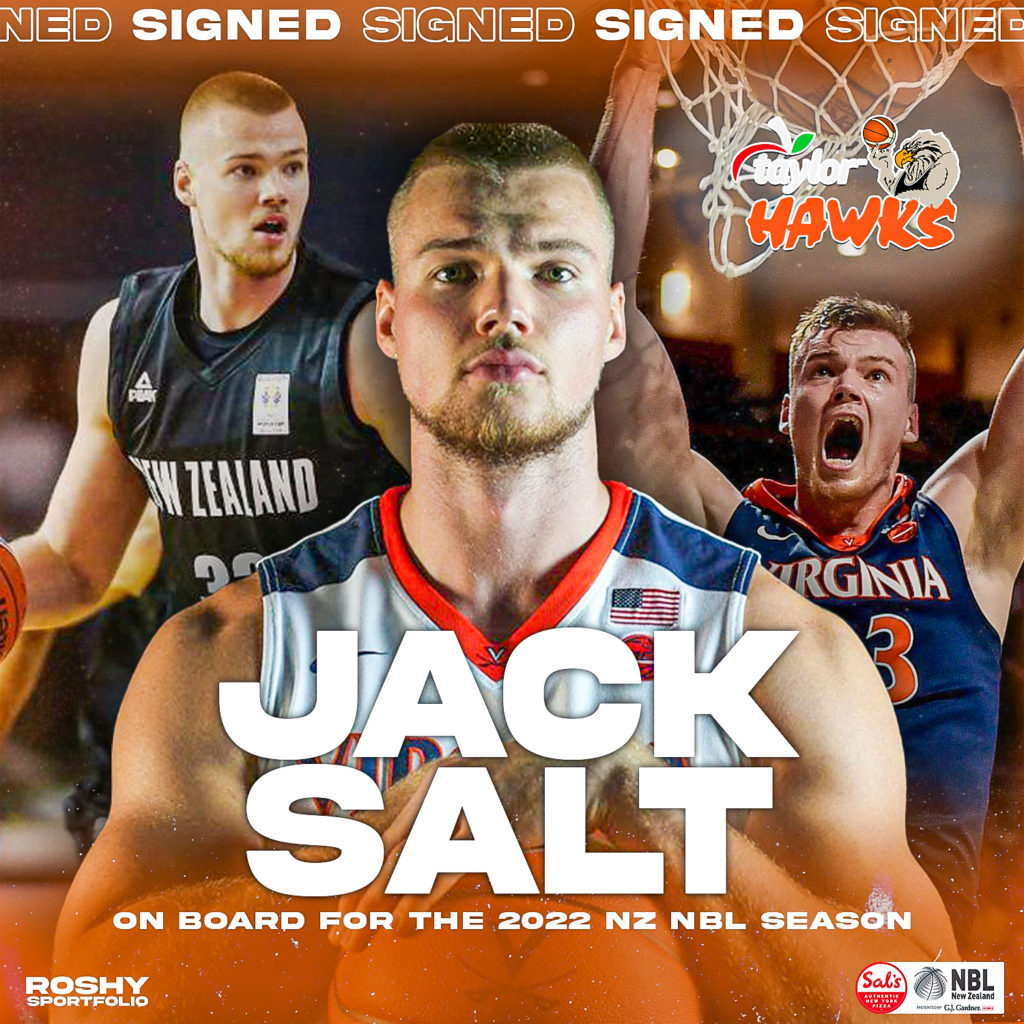 The Taylor Hawks have landed arguably the biggest signing in the 2022 Sal’s NBL free agency with NCAA Champion (University of Virginia), Jack Salt set to battle for the Bayside team.

Currently plying his trade for the Brisbane Bullets in the Australian NBL, a current Tall Black, and former Canterbury Ram, Salt will follow his former mentor and now Hawks Head Coach Mick Downer along with several team mates back up to the North Island as the Bayside team adds a big piece to an already impressive roster.

“I’m looking forward to doing whatever I can to help the team reach its full potential this season and I’m excited to be part of such a talented group. I’m happy to be coached by Mick again, he has a great understanding of the game but it’s his ability to connect with people and help get the most out of his players that helped in my decision.”

The decision itself was a difficult one with several teams understandably trying to land the pivotal post players signature. Salt’s story of overcoming adversity and being resilient is an inspiring one. After becoming the first NZ player to win an NCAA championship, playing in the NBA Summer League with the Phoenix Suns and signing professionally, Salt has battle illness and injury in recent seasons but through tireless effort and a tough mindset he has returned to full health and is raring to go.

“It’s been frustrating at times, for sure, but I’ve learned a lot about how to get the most out of my body and I’m healthy and ready to play. I’m excited to get to NZ after this season and help the Hawks be successful.”