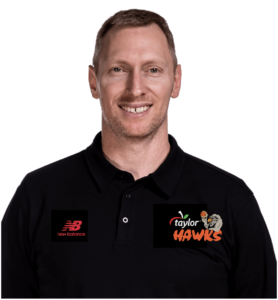 Mick joins the Taylor Hawks for the 2022 campaign in dual roles as the clubs General Manager and Head Coach. With two decades of coaching professionally and time with the Australian Olympic team Mick’s experience is unquestionable. For the past three seasons he’s lead the Rams team from Canterbury. To read more about Mick and his coaching experience click below.