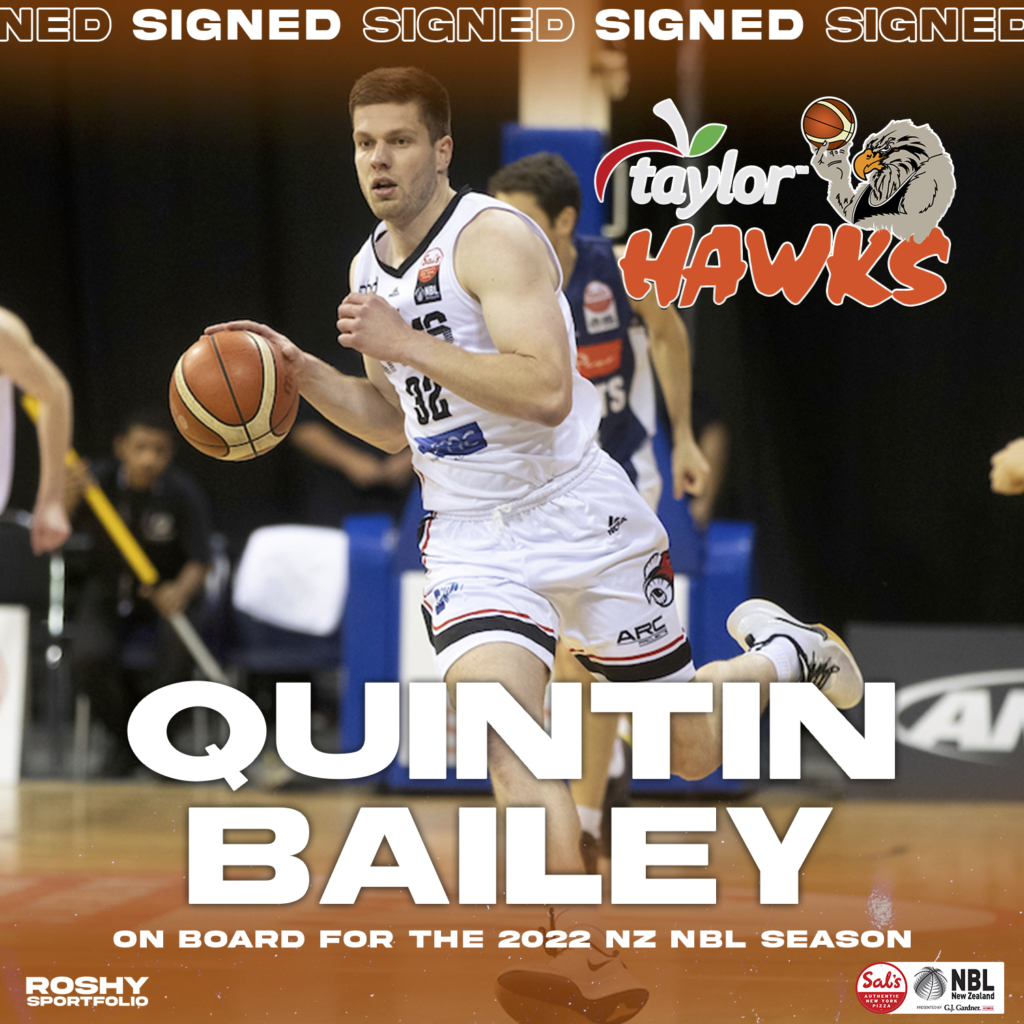 The man they call Q, Quintin Bailey will bolster the Hawks this season specifically battling alongside Jordan Hunt in the front court. The athletic big man is a welcome addition to Hawks and like Hunt was highly sort after by multiple teams during free agency before agreeing to terms with the Hawks.

Bailey, from Stratford, Taranaki has played the past two seasons with the Canterbury Rams after completing a successful collegiate career. First starting at highly regarded Californian Junior College Citrus, before finishing his college career as a key starter for NAIA powerhouse , John Brown Golden Eagles. Going 28-5 in his senior year.

Known as a hard-working, tough, and great culture guy the versatile forward / post shares his reasons for joining the Taylor Hawks for this season.

“I’m stoked to sign with the Taylor Hawks for the upcoming NZNBL season and I’m looking forward to getting to work with Mick and fellas. I felt the Hawks provided a great environment for me to further grow as a player both on and off the court; ultimately, helping me to get one step closer to my potential. Can’t wait to get started!”

Quintin is an exciting part of the next wave of young kiwi talent and is the fourth signing for the Taylor Hawks in what so far has been a prosperous free agency. We have also just released Season Memberships at “Early Bird” prices. Head to our website to secure your tickets to all nine home games and support Quintin and the boys in season 2022.