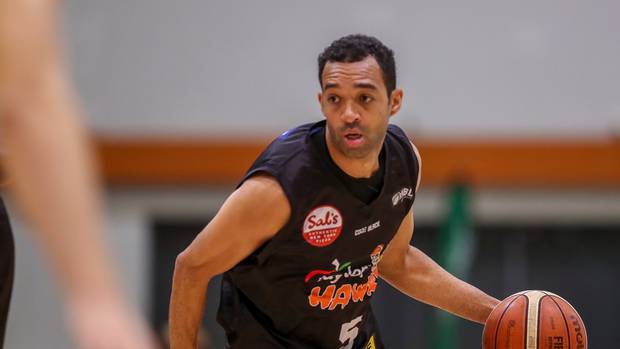 When Keith Price looks at Everard Bartlett he wishes more veteran basketballers from Hawke’s Bay could catch his virus.

That’s because Bartlett hasn’t just renewed his contract with the Taylor Corporation Hawks this year but also has been infectious in the way he goes about spreading the gospel, according to basketball, in the province.

“That’s what we want to see,” says the Hawke’s Bay franchise board chairman of the veteran guard who is in the mix of newly appoint coach Daniel Nelson, of Ireland, with the National Basketball League (NBL) looming. “I’d like to see a few more of the older players doing that.”

“He’s very busy but we’re right behind him with everything,” he says of Bartlett, who is in Melbourne, Australia, on a business trip. “He’s done his travelling with basketball and he’s now devoted to Hawke’s Bay.”

Born in Hastings, the 34-year-old former Tall Black has a career spanning from 2005 and has included stints in the Australian National Basketball League for the New Zealand Breakers, Perth Wildcats and Adelaide 36ers.

“He’s settled in Hawke’s Bay now and throwing himself at everything,” says Price of a bloke who has represented his province since 2006, bar a season each away with the Southland Sharks, the defunct Supercity Rangers and a club in Ballarat, Victoria, in Australia.

Price says Bartlett, who attended a defunct Church College in Hamilton in the footsteps of his mother, is building a rapport with the Bay community which has the rubber stamp of the Hawks franchise and the province’s amateur body, Basketball HB.

Former Hawk Clifton Bush II has opened the doors to the Constant and Never-ending Improving Basketball Academy (Cani) in Napier.

Bush and Bartlett initiatives are strategically aligned with Basketball HB. The official endorsement comes on the heels of the Paul Henare and Paora Winitana Hawke’s Bay Academy closing its doors late last year after nurturing youngsters for almost a decade via junior and senior classifications.

The former Irongate School pupil caught the attention of talent scouts in this part of the world when he clinched the Slam Dunk Competition at the NBL All Star Weekend in 2006. His passion for the game took him as far as Iceland in 2007-08.

Neslon, 34, of Dublin, also has the services of veteran forward Darryl Jones but is expected to name his import players in a fortnight in a quest to help the province claim the NBL crown — something it has achieved only once under former Australian mentor Shawn Dennis.

The Hawks open their campaign against reigning champions Wellington Saints on Thursday, April 9, in a 7.30pm tip off at the Pettigrew-Green Arena, Taradale.

The NBL will culminate with the Final Four from July 17-19 before the grand final from July 24-26.