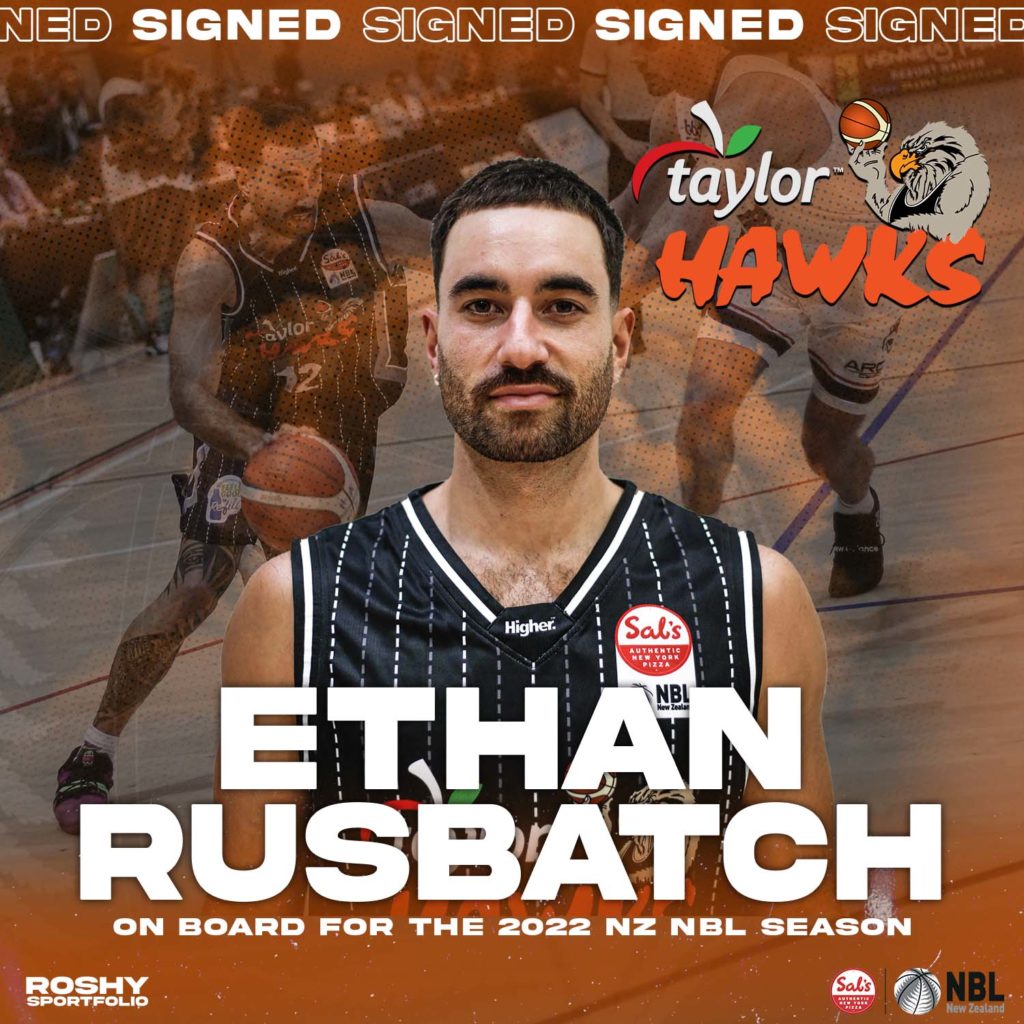 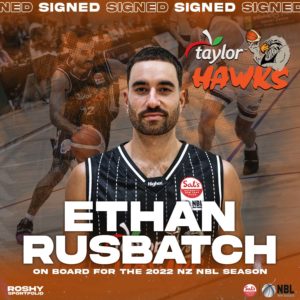 Our inspirational leader is back!!! The Taylor Hawks are excited to announce the return of sharp shooting perimeter player Ethan Rusbatch for his 4th season with the club and 9th in the Sal’s NBL.

Ethan is a fan favourite in the Hawke’s Bay basketball community and with his passionate play on the PG Arena hardwood, it was a no brainer for the club retain hm for the 2022. The Tall Black and former Australian NBL player is a centre piece to the clubs ability to assemble a championship calibre side.

“Ethan is the emotional centre piece of our club. It is way more than the fact that he is extremely talented and hard working. His mana in the locker room, on the court and in the hoops community is infectious, but his desire to see the Taylor Hawks be successful, and the professional approach to his craft is what really inspires us. We’re pumped to have him back in the black & white.”

Ethan is in the prime of his career, holds lofty ambitions for himself and the club and loves the environment. Rusbatch was quoted “it was an easy decision to come back to bay, great people, great weather and culture. After losing by two in last year’s final I’m keen to run it back even more”.

We’re excited at this first roster announcement but it’s only the start, stay tuned for more exciting news over the coming weeks.