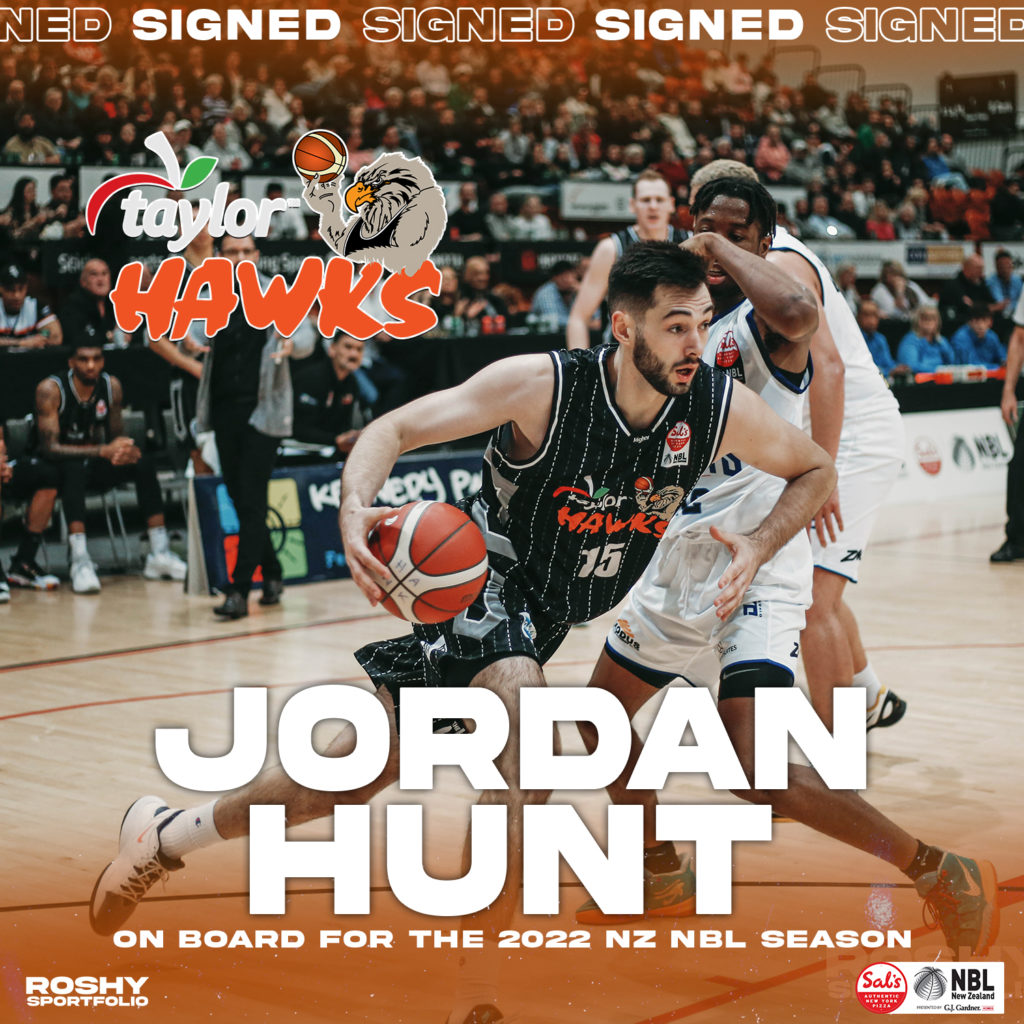 Highly skilled and versatile post player Jordan Hunt will return for his 2nd season with Taylor Hawks in 2022. A Championship Winner and Grand Finals MVP in 2020 with the Otago Nuggets, Hunt was a key part of last year’s championship game team. Jordan is excited about the opportunity to help the team with an even stronger impact in 2022.

An all-round modern post player who can stretch the floor from the 3pt line, play off the bounce and also with his back to the basket, the new Hawks coach Mick Downer is excited about the return of Hunt.

“The club is really excited about Jordan returning to wear the Taylor Hawks jersey next season. He has winning in his veins, is highly motivated to continue to grow his game, is a great team mate and is really skilful. Damn, what more could a coach ask for,” Downer proclaimed.

With a season of experience in the Aussie NBL with the Cairns Taipans, previous selection to the Tall Blacks and a key part of post season teams in the Sal’s NBL, Hunt is one of the countries brightest stars. When asked about his reasons for returning to the Hawks he stated “having come so close last year I thought this season was a great chance to build on what we achieved with hopefully the core guys returning again.  I’ve also heard nothing but good things about Mick and looking forward to getting to work with him and the guys in the new year”.

As the year winds down, with the temperature rising so is the activity of the Sal’s NBL free agency. Jordan is one of the biggest free agency signings in the league after being courted by several teams. This continues more great news for the Hawks faithful as we build our team for 2022.